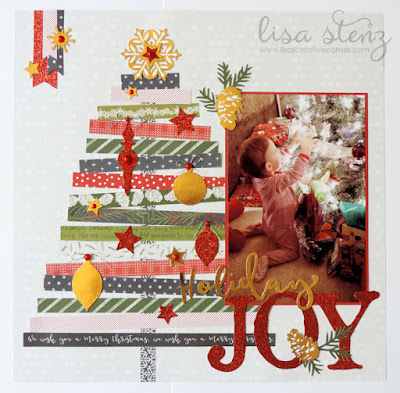 Did you know that all of Close to my Heart’s patterned paper comes with ½" strips on the top with a different pattern? They are called “zip strips.” Sometimes we cut them off and set them aside and forget about them or even (gasp) toss them in the trash, but they can be used for so many different things. I used them on this layout to create the Christmas tree. I used a few of the patterns from the ‘Tis the Season Collection and the Seasons Mix-Ins on this layout a well. 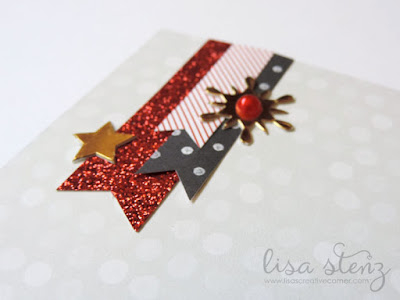 I also used some of the pieces from the ‘Tis the Season Complements pack to embellish the layout. The ornaments, title, snowflakes, stars, and pinecones are all from the Complements pack. The Red Glitter banner was cut from a left over piece of the die cuts that come in the pack. 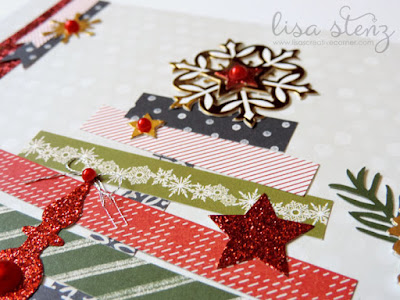 It’s hard to see in the photo, but I also used some Thin Embellishing Thread on the top of the die cut ornaments. I also added a few of the self-adhesive Red Pearls which I love. 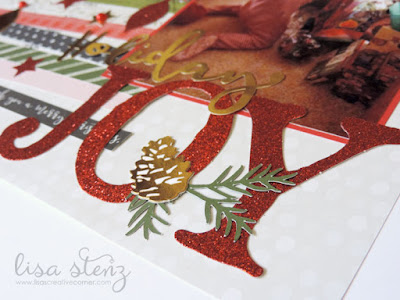 The title is from the ‘Tis the Season Complements pack as well. I cut the “s” off the word “holidays” and paired it with Glitter die cut “JOY” that comes in the ‘Tis the Season Complements pack. The fern is cut from a piece of New England Ivy cardstock using an image form the Flower Market Cricut cartridge. If you like these products be sure to order them soon. They are all retiring next week on December 31st.

So don’t forget about those fun zip strips. You can always trim them off and save them for projects later. After all, isn’t that what we crafters do best? Save everything to use on future projects? LOL!
Posted by Lisa Stenz at 2:28 PM