I was laughing when I saw Kathi's post today. She and I both created the same card at the same time. Yesterday when I had a couple of hours to myself, I made three cards. I posted the other two earlier, but hadn't had a chance to take a picture of this one. This card is one from the new CTMH Originals Book. If you don't have it yet, you must get one. The samples alone make it worth looking at again and again for ideas. *Ü* 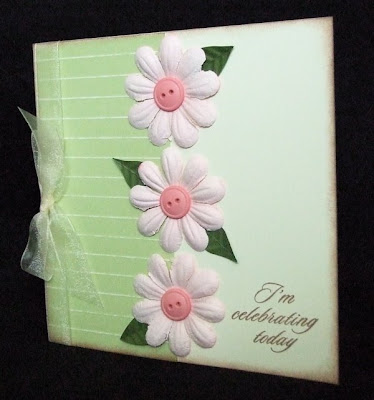 The sample in the book used Dimensional Elements (chipboard) Flowers of which I don't have any longer. So, I used some Just Blooms pink flowers instead. I used my scoring blade on my paper trimmer to score the lines on the Sweet Leaf cardstock and then sanded them to let the white core show through. I used a stamp set called Because of You for the sentiment. The inside says “because you are my friend.” 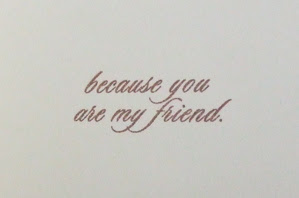 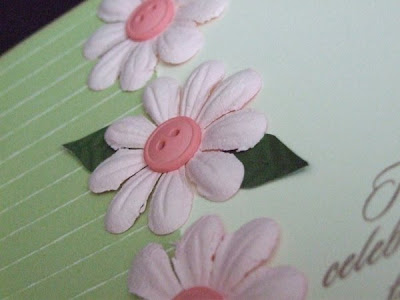 The best part of the card is the leaves. They were so fun to make. I took a piece of New England Ivy cardstock and folded it in half. Then I ran it through my paper crimper at an angle. Then I cut half of a leaf shape while the cardstock was still folded. When I opened up the leaf, there were some nice veins. Looking at it now, I probably should have sanded the leaves to let the white core come through like I did with the left side of the card. I wish I could take credit for the idea of using my paper crimper to make the leaves but I can't. I saw the idea on someone's blog a couple weeks ago. I wish I would have bookmarked it so that I could give that person credit. Unfortunately I can't remember whose blog it was. So sorry. 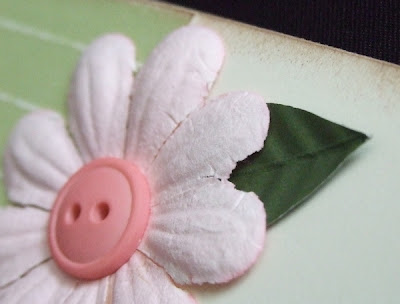