I have been racking my brain to try to figure out a simple Mother's Day gift for my Mom and my Mother-in-Law. I had purchased Computer Tricks for Scrapbooking 2 a while back and remembered that they had a few cute mini albums in the back. On page 146, they have a very simple album that I decided to make. Check out www.creatingkeepsakes.com/CT2 for some great downloads. The one I used for this mini album is called One-sheet mini album. You can click on the photos to see them a little larger. 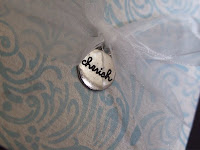 I used CTMH's new Sarsaparilla paper pack for the front and back cover. (I just cut some chipboard and covered it with the B&T.) I used a sheet of Twilight cardstock for the body of the album instead of just using the photo paper like they suggest in the magazine. I wanted to have photos on the front and the back and the photo paper just wasn't working. Then I added some white organdy ribbon and a charm from the Connections Club Rewards. Once I figured out what I was doing, I was able to create the second one rather quickly. Hopefully my Mom and MIL will like them. 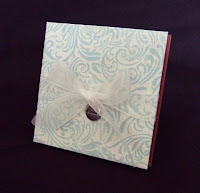 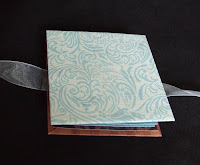 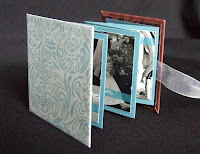 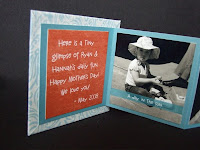